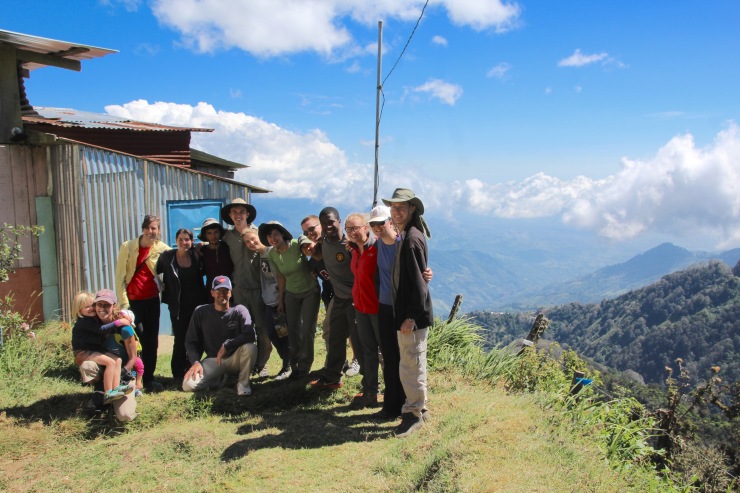 And so a bus took us far away again, this time spiraling up a cliff-edge road, nearly teetering on the edge more than once, above and beyond the clouds.  When we finally got out, sprawling below us were valleys of quant hillside, pastures and small woods.  This was Cuerro de la Muerte.

We began a hike down the mountainside below the highway, passing through a small village before descending into more forested area.  You’d think that it was the Swiss Alps if the trees weren’t covered with spanish moss and bromeliads.  An hour and a half in we were at Cuerici Reseach Station. 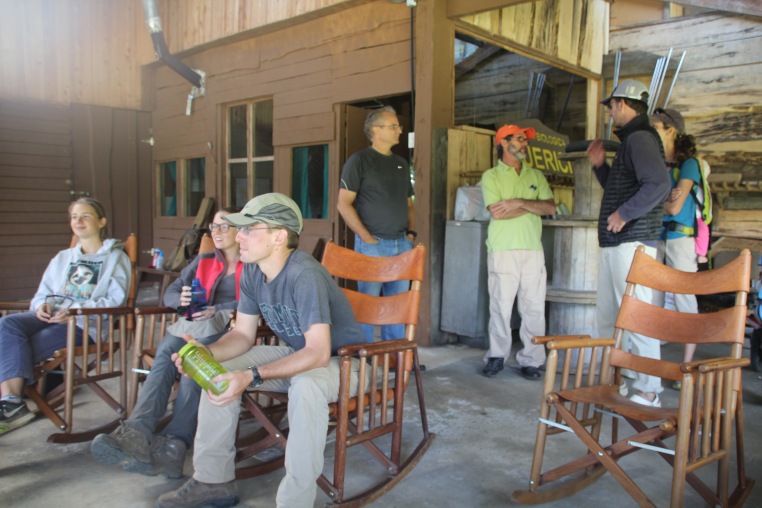 The place felt somewhat like a ski lodge, in part from the cooler temperatures, in part because all the housing consisted of stove-heated wood cabins.  Carlos, the station manager, greeted us with enthusiasm…though obviously his Spanish was lost on me.  He gave us a tour of his trout hatchery, a series of ponds and pools in which he raises rainbow trout from the egg.  Something like 20,000 fish produced, despite the small size. 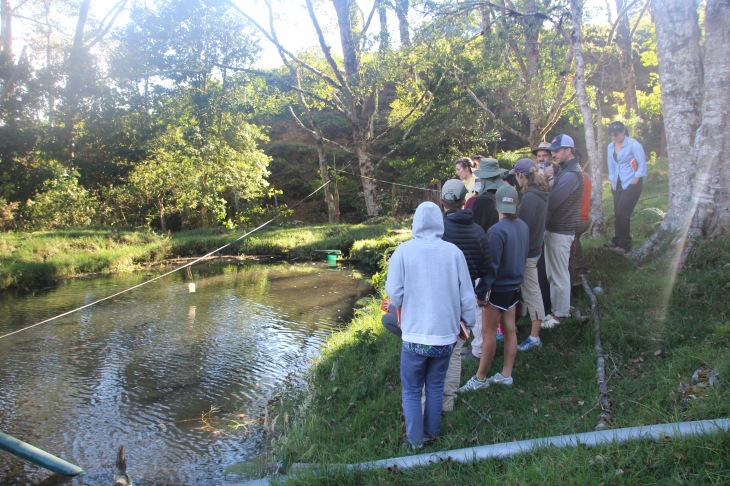 All the kids were staying in a communal bunk, excellent space for late night socialism.  But socializing is lame compared to science, right?

The following day I woke up to an exclamation from Beth.

Oh right, I had nearly forgotten.  Despite the fact that we were pretty much in the middle of nowhere, the group made a massive effort to make the day special.  Helena had painted a beautiful card, and everyone signed it with their wishes.  Izzy also made me a really cute birthday card.  Even Ryan played his part, and put something together to make sure I look fabulous on my special day.

In all honesty though, the Calsbeeks were really sweet.  They had asked the cooks to bake us a cake as a surprise for that night, it was great.

Afterwards, we all gathered in the classroom for a (socially lubricated) discussion on the philosophy of science, etc.  It sorta turned into a lecture on the philosophy of math from Dale…but still a good time.  And I had some of my first few (legal?) beers.  After the profs went to bed, we all played a game (of Tara’s creation, of course) to basically give each other grief.  Each person got a piece of paper, divided into four corners. In each corner, there was a question to be answered about each other: what food their mother craved when they were pregnant with him/her, what the name of the porn folder on their desktop was, etc. Each person would write down an answer for all of each other and then pass it on.  Good times for all.

Tomorrow, another day, another project.  I’m definitely less prepared with research questions for this one; hopefully I come up with something good though.