After a full day of travel (woke up at hotel in San Jose at 4:40am, scrambled to get on the bus in one piece, flight to Miami, 6-hour layover, flight to Grand Cayman), we had a chill night at another hotel, topped off with a dip in the Caribbean under the stars.  Then another 5am wake-up call, for our flight to Little Cayman.

There isn’t much infrastructure on LC: for instance, the dinky little plane we took from GC had a total of 17 people on it; the 13 of us, 2 other passengers, and the 2 pilots.  I’m sure it felt like a school bus of annoying kids for the two other guys who had to sit through that.  But it was great for us: I got to sit in the front row, and get a full view of all the crazy stuff that’s in the cockpit of a plane. 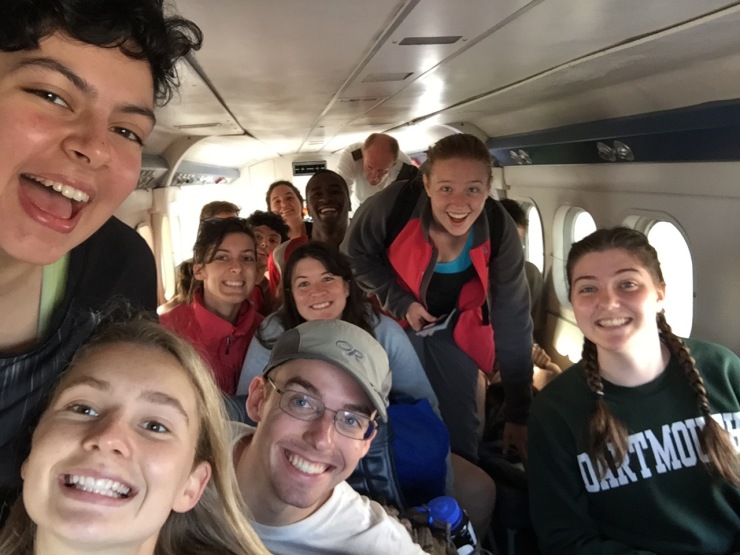 With a still-broken camera lens (and a broken heart), I sadly report that I have few photos for the time being. So I wish I had some more photos of the island itself: it’s tiny. Permanent resident population: 17. At the airport, we land at Terminal A, Gate 1 — we knew this because there’s a wooden sign that hangs over the porch to the one-room terminal, which also serves as the check-in desk, security, and baggage claim. Right next door is the fire station and post office; it’s good that they’re close by, for when there isn’t a flight coming in the baggage boy can return to his usual job as a postal man.

Celia greeted us at the airport, and we packed in to the van she brought.  She was super friendly from the start, and chatted the whole way to the research station.

Central Caribbean Marine Institute (CCMI) owns and operates the Little Cayman Research Centre (LCRC), on the north side of the island. Beautiful facility that sits right on the lagoon.  Plenty of beds, the classroom even has a desk for each one of us too. Mrs. Em is the cook here and has made delicious meals so far.  But don’t step into her kitchen uninvited, or you’ll get a frying pan to the back of the head. Still, we’re settling in just great. I think we’re gonna like this place.

From the start we were in the water.  This afternoon, we got on the gear to do our check-out dive.  For most of the crew, it was their first time diving in tropical waters, or in the ocean at all.  Pretty exciting. I buddied up with Jalen, who was jumpy with nervous excitement. We made a great pair though, so we’ll have to stick with this duo for a while. Great dive: the reef here is absolutely stunning. We did a shore dive about half a mile from the station, and even though this wasn’t supposed to be a very impressive sight, it was still some of the best diving I’ve done. 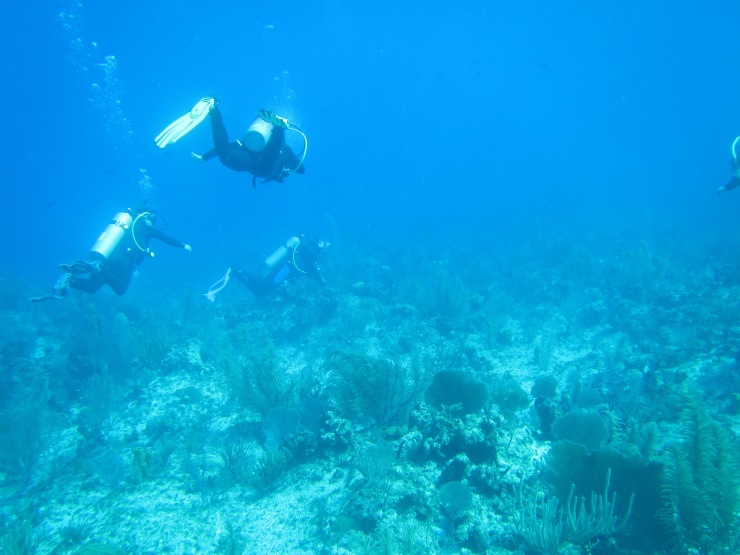 Something interesting we found out today: the whole island is a-stirrin’, and will be for the next couple weeks.  Because on our second to last day here, Prince Edward, 11th in line for the British crown, is coming to visit the island.  He’ll be coming to CCMI and apparently we’ll be presenting some of our work to him. Kinda cool right?